Microbe is a collective term covering bacteria, viruses, fungi, and other tiny organisms such as protozoa.  Together they form communities that make up a “micro”biome.

Long before Antonie van Leeuwenhoek (1632–1723) saw his “animalcules” and “wee little beasties under his simple microscope, microbes have been nature’s workhorses in the traces pulling a full load. 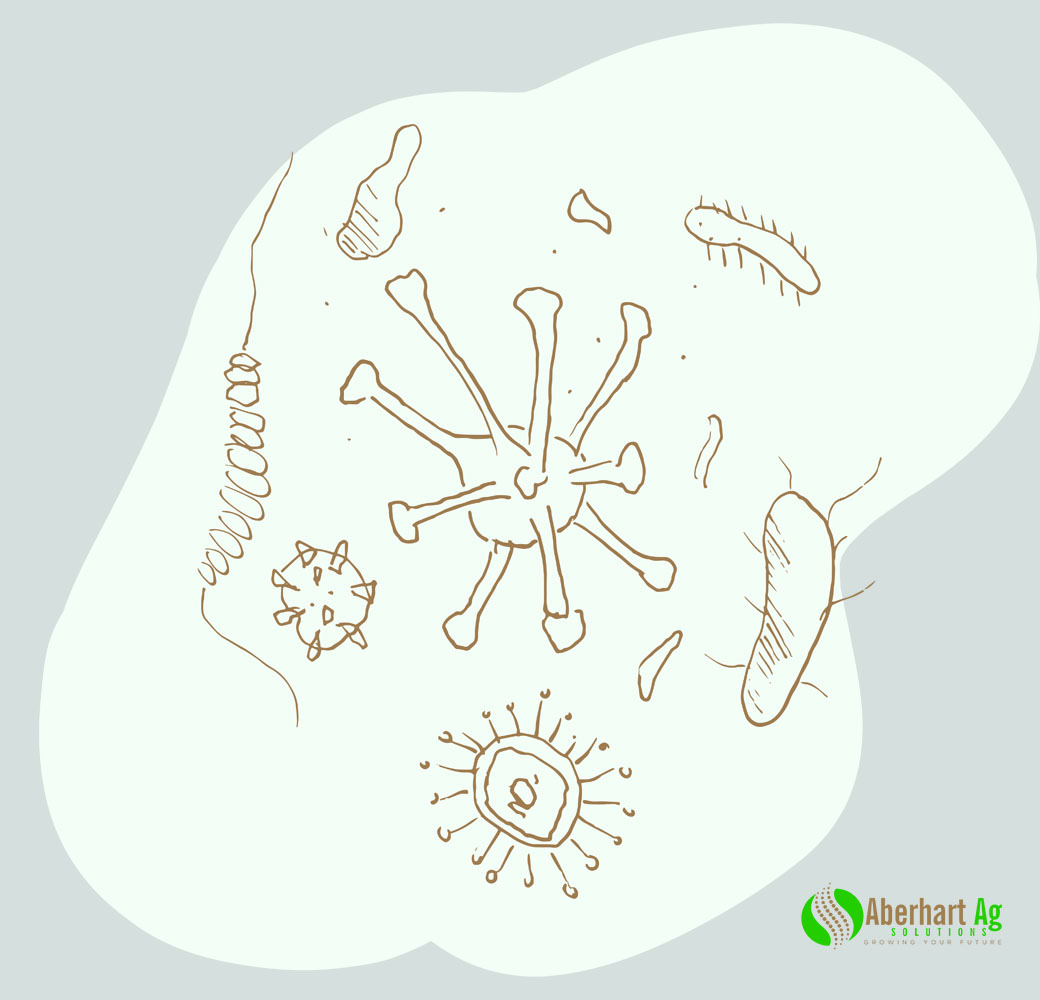 To survive, many microbe species developed symbiotic or mutually beneficial relationships with another organism.  The legume/rhizobium relationship is a good example of a symbiotic relationship where in return for reduced nitrogen, plants provide the rhizobium with carbon and energy in the form of organic acids.

There are many examples of microbial symbiosis in the plant and animal world, some we understand well, others we are just starting to understand.  With the help of newer technology for collecting and analyzing DNA sequence data, we gain much greater insight into the inventory of microbes that our world, how they assemble into communities of varying levels of complexity, and how they relate to other microbiomes. 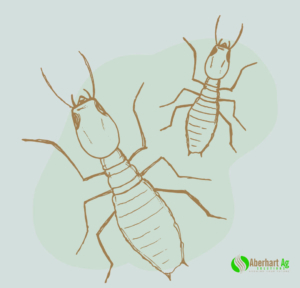 Living in the termite’s hindgut, these microbes can break down the cellulose into more easily digested sugars and short-chain fatty acids which the termites can then use.

And not lush soft grass but the tough, wiry grasses of the Eurasian steppes.  To survive on this diet, the prehistoric cow developed the rumen, the first of its four stomachs. As well, it cultivated a symbiotic gut community of microbes – bacteria, protozoa, and fungi.

Rumen microbes work together to break down the celluloses, providing the cow with volatile fatty acids, water-soluble vitamins, vitamin K and high-quality protein.   The microbes themselves are an important protein source at the end of their life cycles.  In return, the microbes have an ideal home – moist, warm, anaerobic with a desirable pH.

Cattlemen know that poor quality feed, abrupt diet changes or transportation stress can cause changes to rumen pH.  Bloat, acidosis, even death can result because of an imbalance in the rumen microbe population.

To survive, we too developed relationships with microbes on our skin, in our airways and in our gut.  However, it was not until the late 1990s that the existence of the human gut microbiome was a widely accepted understanding.

Our gut microbiome is acquired from the environment starting at birth.  Diversity builds up over our first few years, and then is shaped by factors such as age, diet, lifestyle, hygiene, and disease state.

The microbes in our gut help digest our food, regulate our immune system, protect against other bacteria that cause disease, and produce vitamins including B vitamins, thiamine and riboflavin, and Vitamin K.  Vitamins important to us but that we can not make ourselves.  Gut bacteria also produce hundreds of neurochemicals used by the brain to regulate basic physiological processes and mental processes such as learning, memory and mood.

When antibiotics and poor eating habits disturb the symbiotic balance adverse health effects can occur.  Gut microbiome disturbances have been linked to many ailments such as cancers, autoimmune and cardiovascular diseases.

Plants – evolved to “eat” nutrients stored in the soil.

Plants are well adapted to produce their energy through photosynthesis.  And before cultivation, plants managed to meet their additional nutritional needs without the assistance of the farmer.  Once rooted and unable to move to a new food source, plants developed relationships with microbes to bring the nutrients to them.  In return, the plant supplies carbohydrates to the microbes. The soil microbiome is essentially the gut of the plant.

This type of relationship initially occurred 460-700 million years ago when the first “plants”, a type of algae, was aided by a filamentous fungus – a precursor to today’s mycorrhizal species. It is believed that this relationship played a leading role in the colonization of land by plants.

Our understanding of the soil microbiome lags behind that of the human microbiome, partly because of its size and complexity.  We do know that soil microbes are essential for supporting plant life, facilitating the uptake and entry of nutrients into the plant, cycling carbon and nitrogen, disease suppression, and growth promotion using phytohormones such as auxins or cytokinins).

Just as we can destroy vital microbes in the human gut through overuse of antibiotics and eating highly processed foods, we can lose the soil microbiota essential to plant health through overuse of certain chemical fertilizers, fungicides, herbicides, pesticides, failure to add sufficient organic matter (upon which they feed), and heavy tillage.

This is but a glimpse into the synergistic workhorse roles microbes play in the lives of animals and plants – living in us and on us, keeping us happy and healthy.  These relationships have been millions of years in the making – thousand of years evolving, shifting, tweaking, and perfecting.

Given the critical role microbes played in the successful evolution of termites, cows, humans, and plants – it is not too hard to believe that they may have worked a few things out and gotten somethings right.  So, growing forward, it is not hard to imagine that harnessing the superpowers of nature’s workhorses will be a future that augments –  perhaps one day replaces the chemistry of today’s powerful but extremely blunt tools.

“Gentlemen, it is microbes that will have the last word.”

Louis Pasteur – French biologist, microbiologist, and chemist renowned for his discoveries of the principles of vaccination, microbial fermentation, and pasteurization.