Aberhart Ag Solutions is a family business with extensive experience in agriculture production operating with trust and integrity. We stand behind the products we put our name on and our recommendations are based on a foundation of agronomy and science…In our first Progressive Producer article, we are excited to introduce Super KS.

So what’s so special about K?

When we talk about the big three crop macronutrients, it’s often nitrogen that gets the attention, and that’s a problem.

Certainly, the “N” in NPK is critical – it’s the most important nutrient in terms of quantity needed by the crop. But we’ve been neglecting “K” – potassium, or potash. It’s a close second on that list, and in fact for oats, K actually comes before N.n Potassium plays a lot of different roles in crop plants, most importantly in regulating water and energy. And producing a lot of seed takes a lot of energy.

Together with sulphur and chloride, potassium is needed to open and close the stomata – small holes on the plant surface that allow respiration of carbon dioxide during the day and oxygen during the night. When the stomata are open, water also escapes, so it’s important they are operating efficiently to help the crop withstand drought.

Potassium is also critical in transporting energy around the plant. It’s basically part of a well-balanced diet a plant needs to be healthy, productive, and able to fight off disease or other stressors.

So, what’s the issue? Well, we looked at more than 7,000 crop tissue tests done by A&L Canada Laboratories to get a “big picture” look at potassium levels in Western Canadian crops including wheat, barley, canola, and peas. (Shameless plug: Aberhart Ag Solutions covers the costs of A&L testing, less shipping, for our customers).

Bottom line: our K levels are not okay.

About 60 to 70 per cent of new growth tissue samples were deficient in potassium. Since K is one of a few nutrients that can move around the plant, this means that new growth is cannibalizing it from established roots, stems and leaves, making them screamingly deficient.

It’s a bit ironic that on the Prairies, home of some of the richest potash deposits on Earth, that we would have crops that consistently test deficient in potassium. (Or maybe not, since that potash is about kilometre down and a bit beyond the reach of crop roots.)

But we’ve also been mining potash on the surface, right from our soils. Crop yields in Western Canada have at least doubled since 1985, and every crop shipped has taken with it a fair bit of potassium. For example, for wheat, a quarter of the K needed to grow the crop leaves the farm in the B-train.

We can make that up by really stepping up how much potassium fertilizer we apply and leaving crop residues on the field. But there’s another problem: K tends to bind chemically with the soil so plants can’t easily get at it.

Nature gets around this with soil microbes that break the potassium loose into soluble forms that plant roots can easily absorb. It’s the same scenario with elemental sulphur.

So, ideally, to make our soil K okay, we should supplement with fertilizer, but it would also be nice if we could give the soil microbes a helping hand too.

Turns out, there is a product designed to do this: Super K S. It combines supplemental potassium and sulphur with a microbe-rich compost base. We’re pretty excited to add it to our product offerings at Aberhart Ag.

It was testing that revealed Prairie potassium problem, and it’s going to take testing to address it. The experts we consulted suggested we start with soil tests, and if available, crop tissue tests to get a baseline and determine a rate of application.

Start with a two or three year program, with the aim of evening out yields right across the field. And be patient. Broadcasting K may only give 10 per cent crop uptake compared to about 25 per cent for say, side banding or seed placement. The good news is that as the soil microbes get involved, this uptake rate increases every year. Ten years out, and it’s nearly 100 per cent.

Contact your local Aberhart Ag Dealer to get some here. 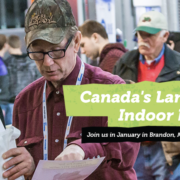 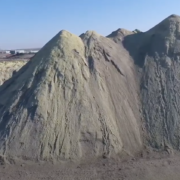 Insights on 5 years of Bio-Sul on Aberhart Farms Copy 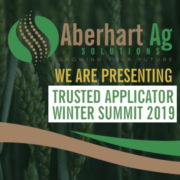 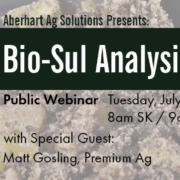 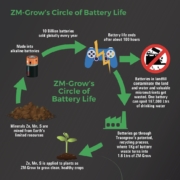 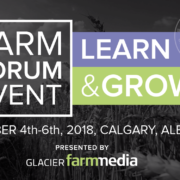 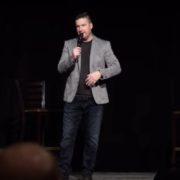 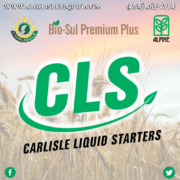